Ebelin and Gerd Bucerius: two lives devoted to DIE ZEIT - and to each other

The broad scope of his career is breathtaking: Gerd Bucerius was a lawyer, publisher, politician - and benefactor. His wife Ebelin for many years was managing director of the ZEIT publishing house.

Having completing his law studies, Gerd Bucerius, born in 1906, began working as a lawyer under the Nazi regime, and took on Jewish clients. In 1945, he embarked on a political career, initially as Senator for Building and Construction in Hamburg. From 1949 until 1962 he served as a member of parliament in the Bundestag in Bonn as a critical back-bench member of the Christian Democrat Party (CDU).

During this period, he also founded DIE ZEIT in 1946. Over many years, the losses of the weekly newspaper were compensated for by the profits from the magazine Stern. In 1965 Gerd Bucerius merged his majority holdings with the publishing house Gruner und Jahr. He later swapped these shares for stocks in the Bertelsmann company. DIE ZEIT was removed from the media company, based in Gütersloh, and was from then on published by the independent Zeitverlag. Gerd Bucerius continued to maintain close links with the newspaper as a publisher, adviser, and journalist, often contributing critical opinion pieces. Shortly before his death, he ordered the sale of the newspaper to the publishing group Georg von Holtzbrinck, and this was completed by the ZEIT-Stiftung in 1996.

Ebelin Bucerius, born Anna Gertrud Müller in 1911, supported Gerd Bucerius during the Nazi dictatorship. They married in 1947. In Bonn, she was in charge of the residence of her parliamentarian husband, and with her wit, charm, and straightforward manner, made it a social hub. In 1951 Ebelin Bucerius is made managing director of the Zeitverlag. Her main responsibility is the sale of advertising space in DIE ZEIT and Stern magazine. Her talents helped steer DIE ZEIT through difficult economic times. Due to poor health, her last years were spent in Switzerland. 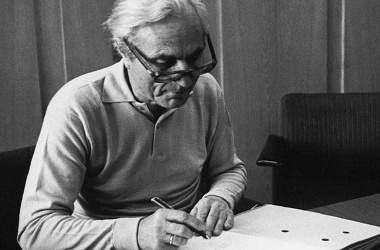 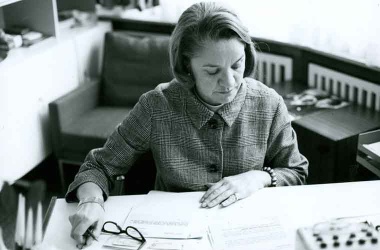