The interdisciplinary summer school on "Rural Futures" will take place from 19th till 23rd of September 2022 at the Akademiezentrum Sankelmark in the German-Danish border region. International scholars from various disciplines as well as practitioners and activists are invited to apply for participation by June 30th, 2022. You can find the call for applications here.

The upcoming summer school on “Rural futures” wants to break with dominant discourses and illuminate rural areas from within. We want to discuss new perspectives and approaches to the question what ruralities are and what they should become in the future. Therefore, we depart from the idea that people used to live and work with local resources. However, as a result from globalization, local societies and economies have become detached from the land, increasingly segregated and marginalised. These developments have led to a drastic increase in the polarisation between urban and rural areas, clearly visible in political preferences in many countries.

The summer school on "Rural futures" seeks to involve transnational and interdisciplinary perspectives on addressing these topics. It aims to strengthen the network and cooperation between scholars, practitioners and local actors in Germany, Denmark and beyond. It will include project presentations, short lectures and guided tours as well as exchange with local actors.

The summer school is being organized by the German ZEIT-Stiftung Ebelin und Gerd Bucerius, the Centre of Rural Research of the University of Southern Denmark in Esbjerg, the Danish embassy in Berlin, the Europäische Akademie Schleswig-Holstein and Europe Direct Südschleswig. 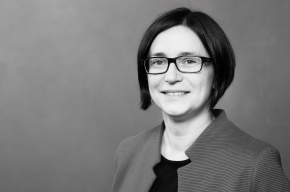