We Call for Digital Rights! 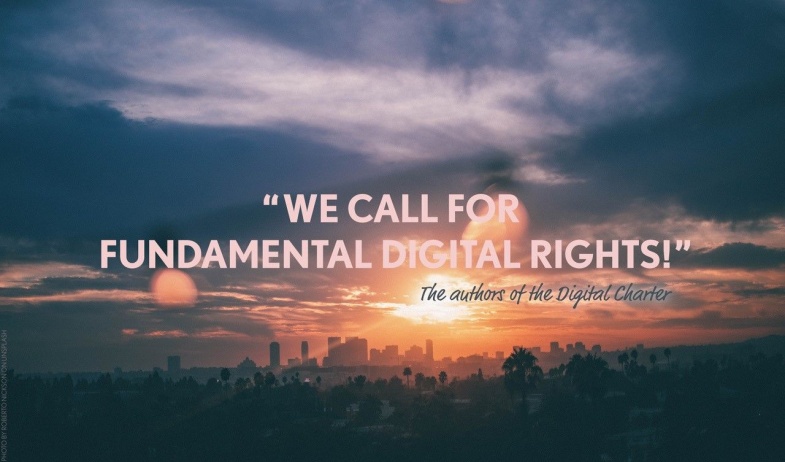 What can we do to protect civil rights and liberties in the digital age? A group of German experts from all fields of civil society has created a draft proposal for a “Charter of Fundamental Digital Rights of the European Union”. The idea of the Charter is to lay the foundation for a binding legal framework in the digital era. This idea does not need to stop at national or European borders; rather, it could also be developed on the basis of common values as a universal approach. The Charter is an initiative under the umbrella of the ZEIT-Stiftung, a foundation based in Germany.

The group of 27 authors consisted of civil society experts, politicians, scholars, writers, journalists, media managers and civil rights activists. The Charter was endorsed by 75 initial supporters, many of whom were prominent public figures — with international supporters such as Fred Turner and Jaron Lanier among them.

The Digital Charter attempts to provide answers to the question of how the freedom of the individual can be protected in the age of digital technology — not only vis-à-vis states, but also vis-à-vis major international corporations. In 18 articles, the charter makes proposals on the autonomy and freedom of the individual, on the use and development of artificial intelligence, on informational self-determination and data security, and on other important aspects, such as dealing with hate and harassment on the Internet. In order to better safeguard fundamental rights in the digital space, new binding guidelines should also be valid across national borders.

Following the developments of globalization, the initiative calls for an extension of fundamental rights to two levels. By demanding an EU-wide, uniform charter, the scope of action and defence of the individual should be extended to a larger area. This will not only strengthen rights vis-à-vis the individual state, but also at a higher level of authority vis-à-vis the EU. Furthermore, the Charter is direc­ted against powerful (tech) companies based abroad which tend to apply other standards.

The Charter supports existing rights and does not wish to abolish them. Rather, it is an initiative to promote an open debate and further awareness so as to enable the opportunities and appreciate the risks of the digital world in relation to individual rights.

The first draft of the Charter was published on November 30, 2016, in German, English, French and Spanish. It was submitted to the European Parliament and to the public for further discussion in Brussels on December 5, 2016. At the same time it was published in several leading newspapers and on a website open for public comments. Development of the Charter took 14 months and was accomplished by a group of 27 initiators — among others the former and then European Parliament President Martin Schulz, writer and lawyer Juli Zeh, social scientist Heinz Bude, media manager Christoph Keese and editor-in-chief of DIE ZEIT, Giovanni di Lorenzo. After a broad public discussion of the proposal, including at the international digital conference re:publica 2017 in Berlin, the initiators published a second revised version that was delivered to Federal Justice Minister Katarina Barley and to the public for further debate in April 2018. In October 2019 a delegation of the authors‘ group will present and discuss the Charter at numerous occasions in California.

Please refer to the following webpage to read the Digital Charter and see the full list of original authors and supporters: www.digitalcharter.eu 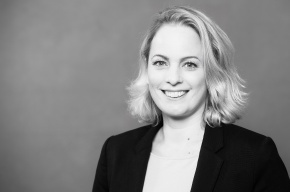