Ukrainian journalists, photographers and media to receive five Free Media Awards for 2022 from Fritt Ord Foundation an the ZEIT-Stiftung

Photographers, videographers, journalists, war correspondents and media in Ukraine are risking their lives to cover Russia's brutal war of aggression in their country. This year, all five of the Free Media Awards' Press Prizes are destined for Ukrainian photographers, journalists and media in recognition of their efforts to document the suffering and the challenges that Ukrainian people are facing due to hostile destruction and war crimes committed by Russian troops. The journalism being produced under extremely trying circumstances is of exceptional quality.

The Ukrainian prize laureates are the photographers Mstyslav Chernov and Evgeniy Maloletka, the journalist and author Nataliya Gumenyuk, the online newspaper Zaborona, the photo and video correspondent Andriy Dubchak and the journalist Vladyslav Yesypenko, who is currently being held as a political prisoner. In addition, special recognition is being given to "The Fixers" in Ukraine for the invaluable help they provide for international correspondents.

The Free Media Awards Press Prizes are earmarked for journalists from Eastern Europe and awarded through a collaborative programme between the Fritt Ord Foundation of Norway and the ZEIT-Stiftung Ebelin und Gerd Bucerius of Germany. The awards ceremony will be held at the Norwegian Nobel Institute on Monday, 17 October 2022.

About the prize laureates:
Photographers Mstyslav Chernov and Evgeniy Maloletka are jointly awarded a Free Media Award for their extraordinary, courageous documentation of the Russian siege and bombing of Mariupol. Their reports, especially their photographs, show the whole world the pain and abuse being inflicted on the local population. Chernov and Maloletka risked their lives by remaining in Mariupol to document the Russian war of aggression. Their documentation of the maternity ward bombing has been used by virtually every single international news agency. Mstyslav Chernov is a war correspondent, photographer, videographer and journalist for Associated Press (AP), as well as president of the Ukrainian Association of Professional Photographers. Evgeniy Maloletka freelances for AP and other international media. Both were nominated by the Norwegian Helsinki Committee, among others.

Journalist and author Nataliya Gumenyuk is awarded a Free Media Award for her truth-seeking reports on the horrors of war from a variety of locations such as Kharkiv, Bucha and Mykolajiv in Ukraine. With integrity, humanity and depth, she gives a voice to the victims of war. Gumenyuk also makes astute observations about the resistance in the Ukrainian community. She specialises in foreign affairs and conflict reporting, and recently founded the Public Interest Journalism Lab (PIJL), a Ukrainian media organisation made up of journalists and sociologists who work together to forge new approaches to journalism. PIJL has concentrated on reporting from the front lines since the Russian invasion began, and co-founded The Reckoning Project – which creates in-depth media content and provides legal evidence to build war crime cases. Gumenyuk's texts have also been published in The Rolling Stone, Die Zeit, The Atlantic, The Guardian, and The Washington Post. She is the author of several books, including The Lost Island: Tales from the Occupied Crimea (2020).

The brave, independent journalists who work for the online newspaper Zaborona are faithful to journalistic standards even in times of war. Zaborona.com is awarded a Free Media Award for its critical, investigative stories and reports, among other things, about far-right movements in Ukraine, Russia and across post-Soviet countries, and the links between them. The word “zaborona” means "taboo" in Ukrainian, and the newspaper addresses topics that are often overlooked by other Ukrainian media, e.g. right-wing radicalism, feminism and LGBTQ issues. Katerina Sergatskova is editor-in-chief of the Kyiv-based online newspaper. She co-founded Zaborona, along with Roman Stepanovych, in 2018. Zaborona publishes in Ukrainian and English for readers across large parts of Ukraine and other countries, including Poland, Belarus, Moldova and the USA.

Photo and video correspondent Andriy Dubchak is awarded a Free Media Award for courageous professional reporting from battle zones, often risking his own life to do so. For many years he was a correspondent for Radio Free Europe/Radio Liberty's Ukrainian Service. Through the establishment of Donbas Frontliner in 2021, Andriy Dubchak has become one of the most important sources of information about life on the front lines in Donbas, thanks to his photo and video reports. Donbas Frontliner is an independent, interactive medium that covers the military conflict and the hybrid war Russia is waging against Ukraine. Andriy Dubchak continued his tireless activities as a war correspondent in Kyiv and the surrounding region in February 2022, documenting the scope of the humanitarian catastrophe. Dubchak was nominated by the Ukrainian journalist Stanislav Aseyev.

Freelance journalist Vladyslav Yesypenko who is currently being held as a political prisoner by Russian authorities on the Russian-occupied Crimean Peninsula. He is a striking example of the persecution of journalists who try to report from the peninsula. Like all Ukrainians in Crimea, Vladyslav Yesypenko, a national of Ukraine, was forced by Russian authorities to accept a Russian passport after the annexation of the peninsula in 2014. Legally, he remains a Ukrainian citizen. He is being awarded a Free Media Award for his crucial work as a journalist under extremely difficult conditions. He reported on the confiscation of property, the life of the Crimean Tatars, ecological crises and the destruction in the wake of the Russian Occupation of the Crimean Peninsula for RFE/RL’s Crimea.Realities, before being captured by the Russian Federal Security Service (FSB) in March 2021 in Simferopol, where he was suspected of gathering information for the Ukrainian intelligence service. Vladyslav Yesypenko was subjected to electric shock torture, and then forced to make a false confession on Russian TV. In February 2022, he was wrongfully sentenced to six years in prison. Yesypenko was nominated by the Human Rights House Foundation.

In addition, special recognition is being given to "The Fixers", i.e. the Ukrainians who help foreign correspondents with contacts, translations, schedules, transportation and local knowledge. Several of them are themselves local journalists. Their work is crucial for making local stories available to an international audience, and their contributions largely goes unnoticed. The fixers deserve more recognition for their contributions and for the high risk they take in conflict zones. Without their invaluable support, it would be extremely difficult for visiting journalists to cover the war and tell their stories.

The prize laureates were selected by a jury consisting of Ane Tusvik Bonde, senior advisor at the Human Rights House Foundation, Alice Bota, reporter for Eastern Europe for Die Zeit, Juri Durkot, freelance journalist and translator, Guri Norstrøm, foreign correspondent for the Norwegian National Broadcasting Corporation, Martin Paulsen, head of department, Department of Foreign Languages at the University of Bergen, and Silvia Stöber, reporter and editor at the investigative department of the Tagesschau of the public broadcaster ARD.

This year's press prize laureates were nominated by international institutions and experts on Eastern Europe. 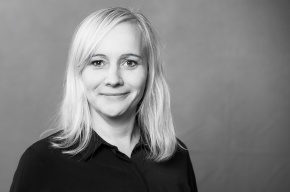